Obesity is defined as body mass index (BMI) greater than 30. Trauma victims in general who are obese have poorer outcomes; and all obese individuals have greater risk for comorbidities with unique implications for rehabilitation nursing care. 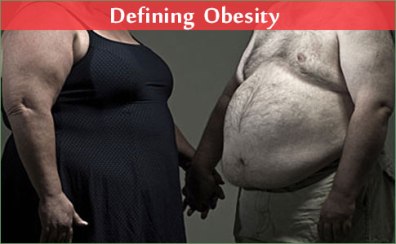 It is hypothesized that obesity negatively impacts head-injured patients. Although obese patients suffer more complications and higher mortality than lean patients after TBI, this adverse effect seems to be due to age, lower admission blood pressure, and more associated chest injury, rather than a direct result of the obese state.

The overweight patient exhibits more non-muscle mass than the normal weight patient; this cannot be controlled during an accident resulting in a greater ‘momentum effect and leading to a higher deceleration. 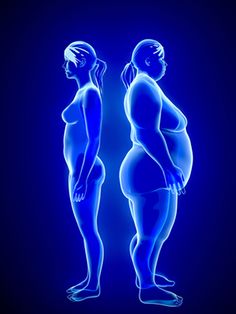 The cushioning effect of fat might be a satisfactory explanation for fewer injuries in obese patients after blunt abdominal trauma, but this would not apply to the thoracic region. Because of a higher kinetic energy during an accident, the overweight or obese patient sustains a higher impact than the normal weight patient, which leads to a higher incidence of thoracic injuries among these patients. However, in this study, the AIS for thorax was lowest in the obese group, so that above a certain BMI, a cushion effect must be postulated

At present, there is no way to predict the future of patient’s hormonal integrity following a TBI.  After a TBI, the pituitary damage/dysfunction can be transient; however it is felt to be permanent at 12 months post injury.  Any hormone replacement therapies should be administered within the first 12 months of injury if patient is symptomatic to reverse potential permanence of endocrine disorder from trauma.  If not caught in a timely manner, or treatment is delayed – permanent neuroendocrine disorders or comorbidities will result.  Permanent disorders will result in lifelong maintenance of these conditions.  Posttraumatic hypopituitarism can negatively impact recovery from a TBI. The hypothalamus can be damaged in a traumatic brain injury as well.  This can cause weight changes in some patients. An example of such an “organic” form of obesity is seen in patients who suffer damage to an area at the base of the brain called the hypothalamus. This area, the size of a fingernail, whose primary function is to release hormones which control the function of the pituitary gland immediately below it, also controls energy balance. Damage to this area has long been known to promote excessive eating (hyperphagia) and weight gain, termed “hypothalamic obesity.” This form of weight gain is not responsive to diet and exercise. Victims of this form of obesity continue to gain weight despite their best efforts, and suffer greatly from this unrelenting scourge.

Here’s what some of the research has found: 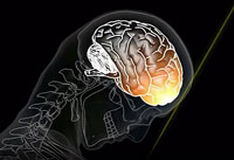 Hormones fluctuate more drastically in women, making women particularly susceptible to migraines and reproductive changes after a TBI. Fluctuations in estradiol are a cause of migraines in women of childbearing ages.

Obesity is known to be prevented with diet and exercise. Yet, proper diet and exercise could be particularly problematic for survivors of TBI due to cognitive and physical injury limitations. Though weight gain in children during the first year after TBI was significant, (Jourdan et al., 2012) little is understood about obesity in long term survivors of TBI in relation to other variables.  Obese (heavier) subjects experienced greater maximum forward displacement (excursion) before their motion was arrested by the restraint. In addition, the obese exhibited a different distribution of excursions among body segments.

Acute or chronic physical or emotional stress may lead to or exacerbate several conditions including obesity, and the metabolic syndrome. neuroendocrine stress mechanisms promote obesity and metabolic abnormalities, dysregulation of the stress system, and increased secretion of cortisol, catecholamines, and interleukin-6, with concurrently elevated insulin concentrations, contributing to development of central obesity, insulin resistance, and the metabolic syndrome. (Pervanidou & Chrousos, 2012) Obesity could result from physiological outcomes of trauma such as neurological, neuroendocrine, or other metabolic changes after TBI or other physical or emotional traumatic events.

Women and TBI – What You Need To Know

Is there really a cushion effect