I was a first time mother at the age of 39 and taking care of my nine month old twins. I suddenly started experiencing excruciating headaches…Really blinding, searing headaches.

It seemed like this horrible pain was similar to what I had seen described as migraines. I made an appointment to see my GP.

When I met with my Doctor, he was skeptical about my migraine theory, as he said he treated a lot of women with migraines, and that they always got relief from their migraines while the were pregnant or breast feeding…it seems that hormones play a big role in migraines…I was breast feeding my twins. He wrote an order for a CT Scan, and said he would call me when he got the results. I had the CT scan of my brain done, and he called, to tell me the results were back, and could my husband and I come to see him?
At the appointment in the Doctor’s office, my Doctor put the “film” of my CT scan up on a light board, and pointed at a dark area, in the middle of my brain. He said that Dark area is the ventricles, and should be completely dark…but mine had a white ball inside the dark area, on what looked like a long thread. My Doctor said that should not be there…and we need to find out what it is. He said we needed to make an appointment to see a Neuro surgeon.
That is when time sort of stood still…It was just not possible that this sort of thing could happen to me… 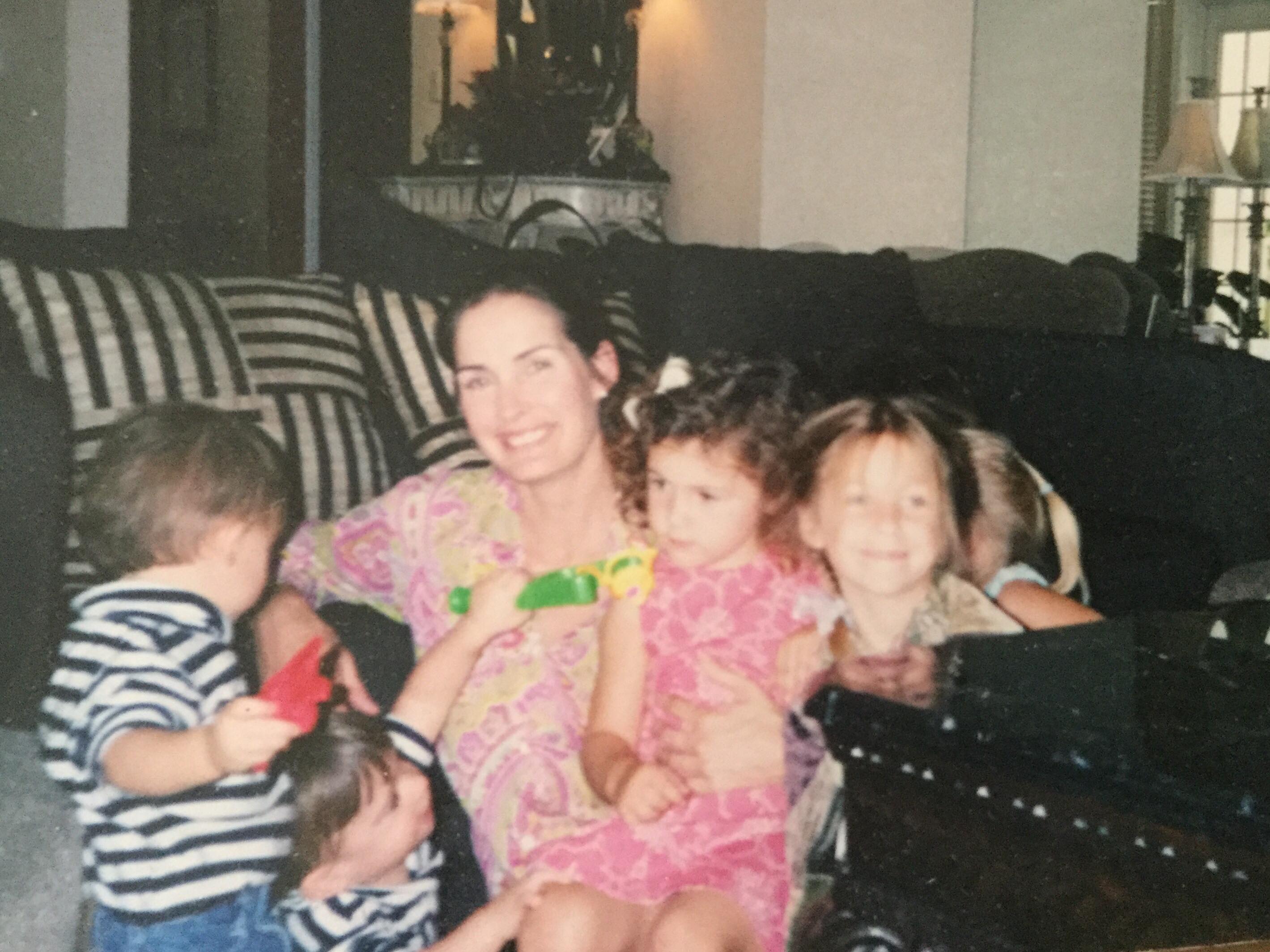 My husband, being a man of action, started making phone calls as soon as we got home. He called a couple of family friends, who are in the medical field, to find out who is the best Neurosurgeon in New York City, as we were living about an hour and a half from NYC at the time. We made appointments to see one Neurosurgeon with a very swish office on The Upper East Side…I don’t remember his name…but he was all “confidence” in his own abilities, and no real seeming concern for me, the patient…His appeal was lost on me…
Then we saw Dr. Harold Varmus …I believe he was head of Neuro-Surgery at Memorial Sloane-Kettering. He gave us the name of a different NeuroSurgeon…Dr. Mark Souweidane…He said if he had to choose a Doctor to do the surgery it would be Dr. Souweidane. Dr. Varmus said that Dr. Souweidane was doing a new type of minimally invasive brain surgery, and that the recovery period and cognitive affects would be much less, if it was possible to do this new type of procedure.
My husband and I made an appointment to see Dr. Souweidane. My insurance did not cover Dr. Souweidane…so that was another hurdle we would have to jump, if we decided on him as the Surgeon…but with my brain on the line, and Dr. Varmus’ emphatic recommendation…we decided to meet this Doctor, and make our own judgement.
The new procedure that Dr. Souweidane was providing, he was one of, if not THE premier pioneers of this Endoscopic intracranial surgery.

When my husband and I met with Doctor Souweidane, we were both pleasantly surprised to meet a gracious, and genuinely caring man.  Doctor Souweidane had cared for many seriously ill patients, and many of his patients were children.  He is, as I understand it, one of the top Neuro-surgeons in childhood brain tumor treatment.
Even though my insurance did not cover the procedure with Dr. Souweidane, it would cover one of the two hospitals where he operated.
Dr. Souweidane very graciously agreed to perform the operation, accepting the “reasonable, usual and customary” amount for the surgical procedure. I certainly hope he was paid well, as he did an amazing job, in my opinion. After the surgery, I remember being told that Dr. Souweidane had not been able to entirely remove the tumor, and that I may need another surgery at some point in the future. After the surgery I was required to have regular follow up MRIs to gauge whether the tumor was growing, and if it would be necessary to have a follow up surgery. My short term memory gets very bad at that point. I have nearly no memory of anything for a few years following the first surgery.
My husband, my family, and my medical records tell me that I have had two more brain surgeries. I didn’t even believe my husband when he told me that I had been through THREE brain surgeries, as my memory tells me that I have only had one brain surgery! The dates of my surgeries were June 2004, May 2008, and January 2010. During the third surgery the Dr was able to remove the entire tumor, so I no longer require MRIs, or any other follow up. The Surgeon says that the chances of me ever having another brain tumor are the same as any other person on the planet…so that is a relief! And the fact that the tumor was benign is also a HUGE relief.
The surgeries have caused a number of neurological issues…the most annoying of which is short-term memory loss. A poor short term memory is a small price to pay for survival, and the ability to stay here and raise my children. I have friends who were not as fortunate…so I count my blessings daily, and carry on 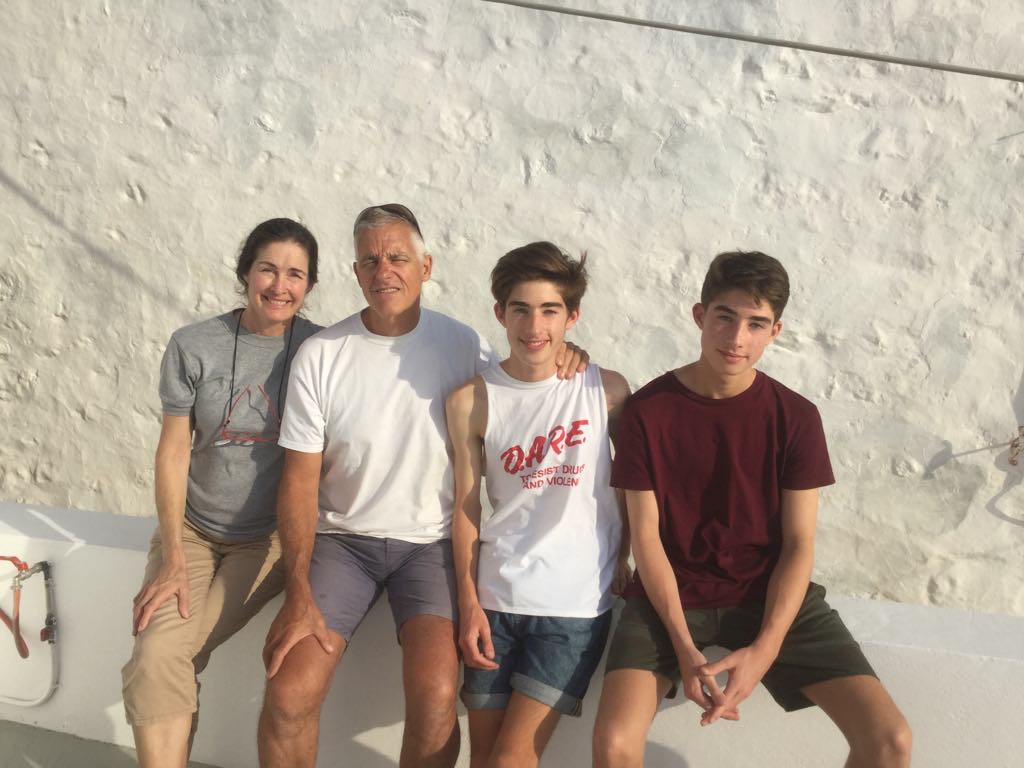 Since then, it has been discovered in 2020 that I have another tumor, as well as multiple smaller “seed lesions”. So now I have to get MRIs every 9 months to monitor the situation.
My thoughts on all of this, is that all I can do at this point….. is put my trust in God, and my neurosurgeons.

Please take the time to make a comment, share your thoughts, and tell us what impacted you the most and what brought you here:

Your input is important to the development and growth of this website, and we like to know what is going on out there in your thoughts.

Thank you for visiting us! We look forward to hearing from you.

Our 2 Newest HOPEsters – Debbie and Kris

Brain Injury Radio and Other Outreach

How You Can Help As a HOPEster