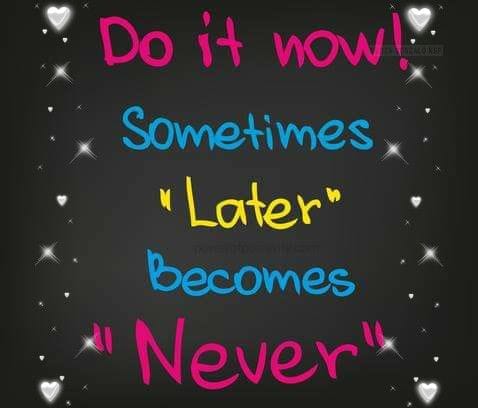 My husband Jesse Buchanan and I were married for 8 years. We had three children.

Jesse was a painter and started painting when he was 12 years old and continued until he was 27. He also enjoyed martial arts, and the outdoors. He was doing landscaping the last 2 years before his TBI. 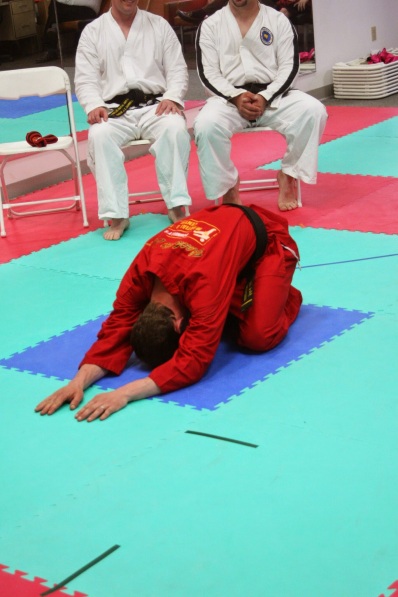 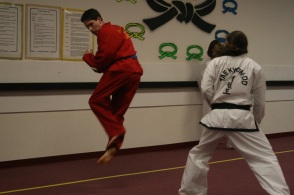 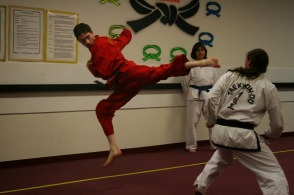 Jesse had an undiagnosed TBI from when he was drinking when he was younger. We were told he had reversible pressure on his brain. In 2009 He went into the hospital for a test involving the pressure in his brain.

He was walking and talking on his own. I left him there and just before I left he told me he loved me. He was put under anesthesia. I left. When I came back something had gone wrong during the test. During the test his breathing tube came undone and was left unnoticed. He couldn’t talk. He had no voice. He went 14 minutes with deep air deprivation. He came out of that test with no brain function and only involuntary movement. He now had an additional TBI…now medically acquired.  He was then put into a medically induced coma.

All of a sudden, I ended up with a house full of kids and no husband. I felt so paralyzed, with all hope frozen; frozen for Jesse and frozen for myself also.  I knew he wouldn’t want to live his life in a bed.  I advocated for him the best that I could.

I didn’t make my kids go visit Jesse but three times because Jesse previously asked to not have the kids see him in this way.

That stuck out a lot to me. Before Jesse lost his voice and personality, we both were in a daze. Noone understood that my personal goal was to try and wake Jesse. Even once he opened his eyes, we learned to speak with our eyes and our hearts. I remember begging the nurses to help me with Jesse several times. There were some things I just couldn’t do without them and without their assistance. Jesse had many heart attacks and strokes. Some days I didn’t know how I could continue for
another moment or find strength to walk away once again.

Eventually he got moved to a nursing home. I would snuggle with Jesse every day I was with him. I wanted him to know he was still loved. I wanted to love him as a man needs to be loved. I did his muscle movements for him and completed his hygiene the best I could. Some days I would put a mirror up and helps him move his arms to scratch and see himself. I remember his feeding tube and all the choking and fighting to be here.

The days would turn into years. I made Jesse’s room like home, and would watch
the TV shows with him that we use to watch. I would cry and tell Jesse how sorry I was that he was in that bed. When I would leave, part of me would stay behind with Jesse. I would feel so low and small having to leave him to go back home alone to the kids.

I made a point of praising the nurses and thanked the nursing home for keeping Jesse as safe as we could. I really wanted Jesse home, but needed Jesse safe in his surroundings. He was unaware and would not have been safe at home. That was the hardest realization.

I took care of Jesse for 9 1/2 years with him having no voice, no support from his family, and no idea where we were going to go. This devastated me more than anything. I had difficulty trying to sooth myself. I don’t regret one day of what we went through or being there for him. I spent all these years protecting him from those who did not have the best intentions for him. How could I know that the very thing keeping him alive (feeding tube), would end up collapsing and take him from me forever.  A legal battle began for a Do Not Resuscitate order.  It was eventually granted. He had suffered enough.

I would have wanted to change one part of my situation, and that would have been to bring Jesse home from the nursing home to pass at home. Jesse’s own family wasn’t there to help him. At one point they were even banned from the room by the hospital staff.  At the end, only my father was there to help me with Jesse.  He sat there with me in the final days of Jesse’s life.  I was able to have my own time with him as well.  I fought for Jesse, to keep him alive all those years.  In the end, I fought to allow him to die with dignity.

I just want people to know that TBI is serious. I want the TBI family and community to know that marriage is sacred and that a TBI is not something that has to separate couples that want to stay together …..even if in full blown trauma mode. Please visit your loved ones as often as you can because they know you are there. TBI is manageable with great love and attention. One piece of advice I would give is to remember and follow what you think or know the patient would want – not what you personally want. Sometimes those things may be very different.

It has taken a long time. However, I have learned unselfish ways to be part of a community of faith, hope, and light. I will always strive to love everyone the best I can.

I walked the shadows with my husband because we are soulmates.

I am Angie Buchanan. I am in love with a TBI patient. I loved him in life, in injury, and will continue to love him, even after my own life has ended. To you, my love, until I see you on the flip side.

Thank you for letting me tell the story about my journey and nightmare. Thank you for this site and for allowing me to be heard.

Please take the time to make a comment, share your thoughts, and tell us what impacted you the most and what brought you here:

Your input is important to the development and growth of this website, and we like to know what is going on out there in your thoughts.

Thank you for visiting us! We look forward to hearing from you.

Our 2 Newest HOPEsters – Debbie and Kris

Brain Injury Radio and Other Outreach

How You Can Help As a HOPEster